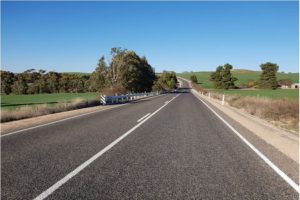 LGA advocacy secured a $25 million State Government commitment to local government infrastructure projects in late 2016. The State Local Government Infrastructure Partnership provided councils with an upfront grant of up to 20% to bring forward infrastructure projects already identified in their long-term planning. Projects that offered employment opportunities, particularly in areas of high unemployment, provided mitigation against the impacts of major events such as floods and storms and that provided ongoing economic, social or environmental benefit beyond the initial construction phase were given preference.

In early 2018, the LGA facilitated the distribution of this funding to 28 councils for 32 projects worth around $122 million. Projects funded through this program will support 190 jobs a year over the next three years.

The LGFA’s contribution to the scheme is via subsidised loans to fund the remaining cost (80%) of successful projects. These subsidised loans will be around 0.5 – 0.7% per annum lower than our already market leading rates and will save councils around the State millions of dollars in interest costs over the life of the loans.

The subsidised loans were available from January 2018 and the lending will be on a 10-year fixed rate basis and we envisage that all loans associated with the Partnership will be drawn by December 2018.

The first council’s receiving the loans: