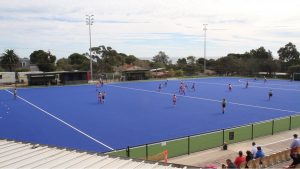 The City of Holdfast Bay is relatively small geographically, being under 14 square kilometres in size. However, it is a highly sought-after place to live and a significant visitor destination due to the coastal location and distinctive character of the City. The City and the coastline have a strong sense of history for the Kaurna people and other Indigenous people and the City is closely connected to the State’s European settlement with Glenelg North being the place where the Colony of South Australia was proclaimed in 1836. Glenelg and Brighton have been holiday destinations since the European settlement.

The City of Holdfast Bay always wanted to turn the unused landfill site (the project site) into an attractive sporting hub which would attract people and create economic and social benefits for the region. The project site was used as a landfill by the then Brighton Council between 1963 and 1974. It received mainly domestic waste, hard waste in the form of building materials and car bodies.

A Social Needs and Community Infrastructure Study conducted by the City of Holdfast Bay in 2012 supported the vision to establish a safe, well designed destination offering high class sporting, recreation and community facilities at the site. Subsequent to these studies, the City of Holdfast Bay conducted an extensive community consultation process and developed a Master Plan for Kauri Parade in 2013. The Master Plan formed the basis of the development ideas for the site. It articulated how the precinct should look and be managed to ensure optimal use for a number of active and passive uses.

The precinct will include:

The project is estimated to cost approximately $14.6 million over a three-year period. The funding came from a number of sources:

A poorly used reserve has now been transformed into a central community facility/hub which will be shared and enjoyed by the general community with the capability of new clubs and activities to be used within the Kauri Community and Sports Centre.

CEO Justin Lynch and Project Manager John Perkins and their staff have readily and proudly provided these project details.